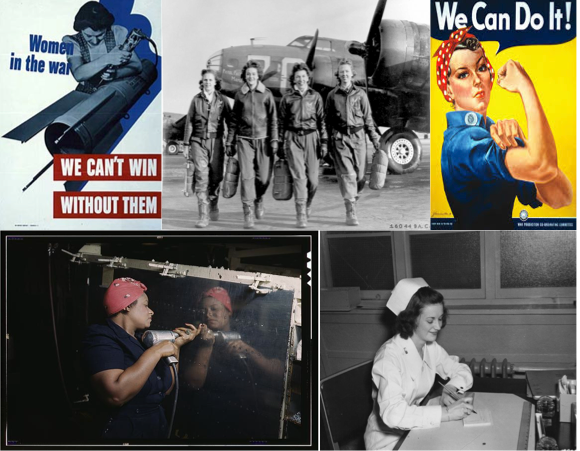 Though most people equate the United States' World War II effort with the men that fought in it, women deeply impacted American participation as well. In turn, involvement profoundly affected the women--though the changes in their occupations and daily lives were temporary, the changes in their self perception were permanent. Despite the resurgence of women taking more traditional roles as wives and mothers in the years immediately following WWII, most women wanted to maintain their new-found economic and social independence. Women's experience in WWII helped to spur the women's rights movement of the 1960s by inspiring women to venture out and fight for the freedoms they deserved.